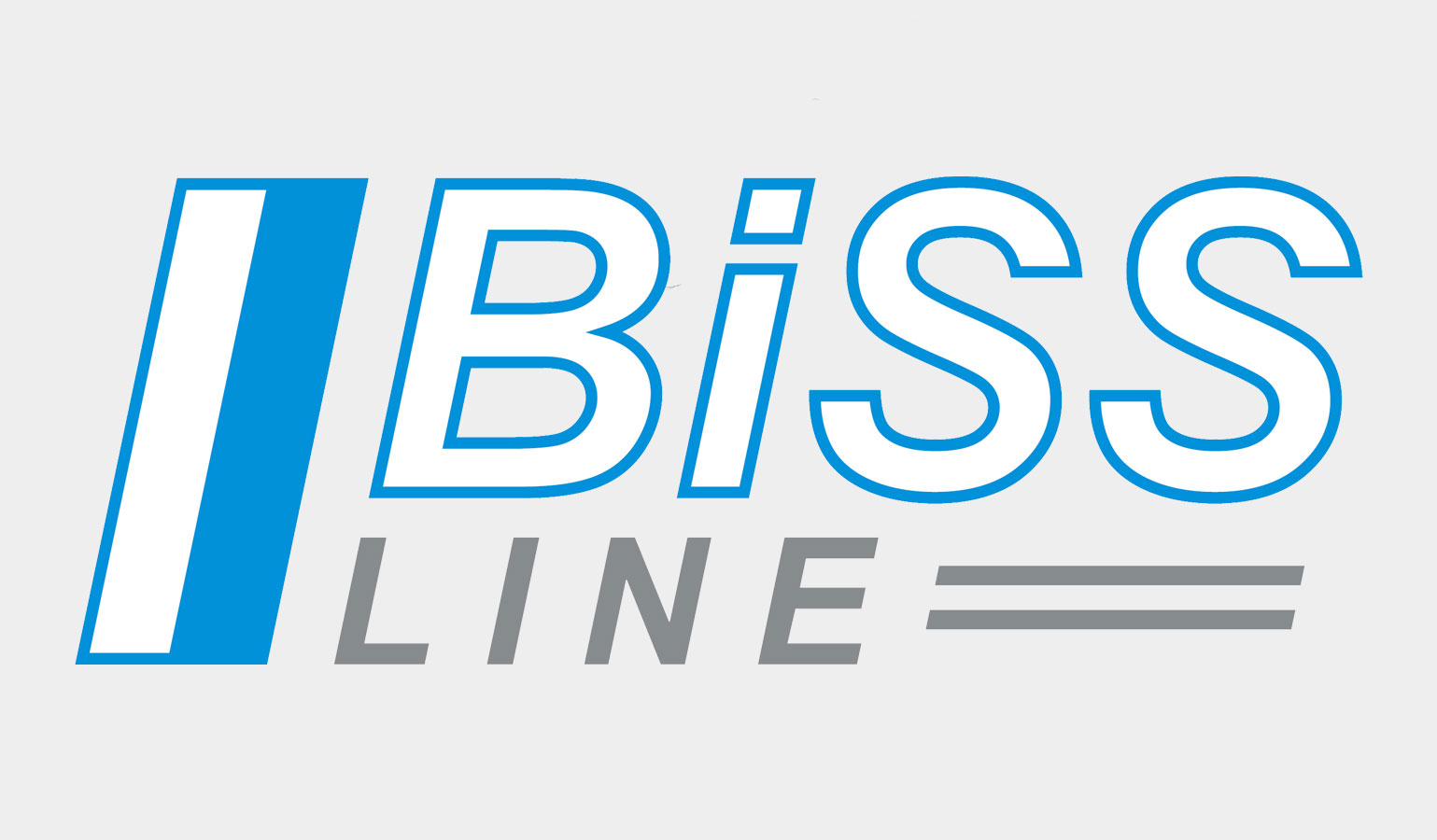 Digital feedback in the same cable and using the same connectors as motor power is a current trend in electrical drive systems. This single-cable approach simplifies system wiring and makes installation and maintenance easier. These advantages have already attracted the interest of both users and manufacturers. The technical challenges of single-cable technology have been solved and proprietary products are already available in the market. However, proprietary protocols limit the diversity of manufacturers and solutions by making interconnectability difficult or impossible. Thus, competitive products from different manufacturers are slow to appear.

The open BiSS Line protocol provides a universal, robust, and effective solution for all manufacturers and users. The BiSS Line logo is shown below.

Since its launch in 2002, BiSS has established itself worldwide as an open, standardized sensor interface. The BiSS user community has been working on single-cable technology since 2014. The resulting BiSS Line protocol was presented as the first open interface for single-cable technology at the 2016 SPS IPC Drives exhibition in Nuremberg, Germany.

A decisive advantage of BiSS Line is full compatibility with the existing single-cable infrastructure, including cables, connectors, and transmission technology. Using the well-established RS-485 half-duplex physical layer, the BiSS Line protocol provides robust digital feedback with low jitter. A 4-wire solution with separate communication and supply lines or a 2-wire solution with combined communication and supply is available.

Furthermore, the BiSS Line protocol is 100% compatible with BiSS C. This means that all existing BiSS definitions such as electronic data sheets (EDS), user data memory (USERDATA), BiSS profile definitions, ID and serial numbers, etc. can be re-used, accelerating integration of BiSS Line in both sensors and drives. Even BiSS Safety solutions can be implemented directly using BiSS Line. All BiSS Safety contents are covered by the BiSS protocol and are transferable via BiSS Line.

The modular approach and the preservation of all sensor definitions and protocol contents enable sensor manufacturers to easily convert existing BiSS C systems to BiSS Line. Conversion of existing sensor systems to BiSS Line can be done either in the sensor housing, the connectors, or the system wiring.

Due to the popularity and availability of RS-485 transmission technology, hardware modification on the drive side is not necessary. The drive can be expanded to be BiSS Line compatible by reconfiguring hardware (FPGA or CPLD) or software, therefore only a firmware change is required. The cables and connectors already available for single-cable use from many manufacturers can be used without modifications for BiSS Line.

Further information is provided at www.BiSS-Interface.com. 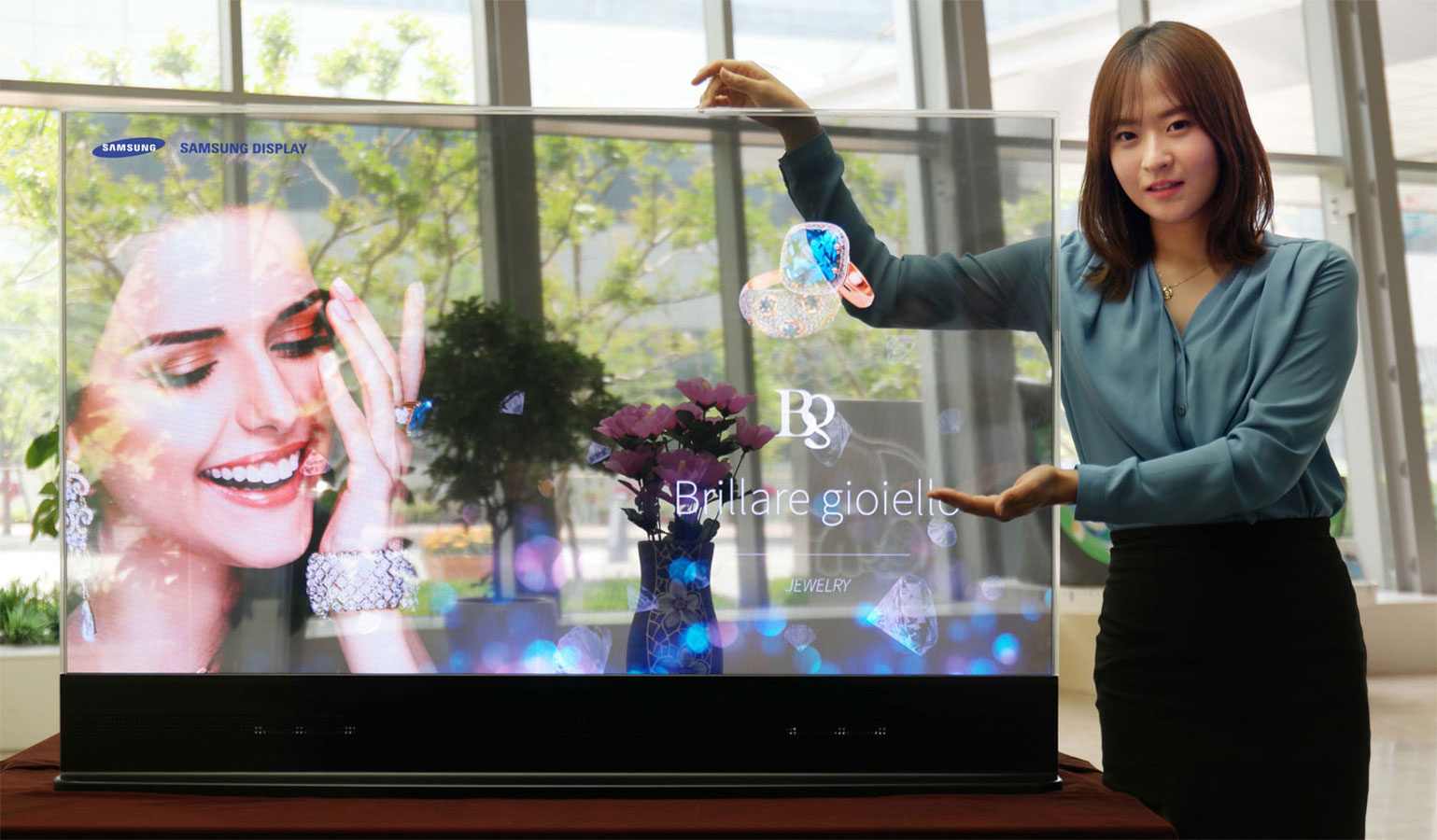 Transparent LCD displays without the need for complicated backlight systems.

Transparent LCD displays are becoming more popular for in store advertising, but most require complicated backlight systems to allow the image to be visible in the bright light of a store window. OLED doesn’t need this, as the technology means the pixels produce their own light and are visible without any outside lighting setups. 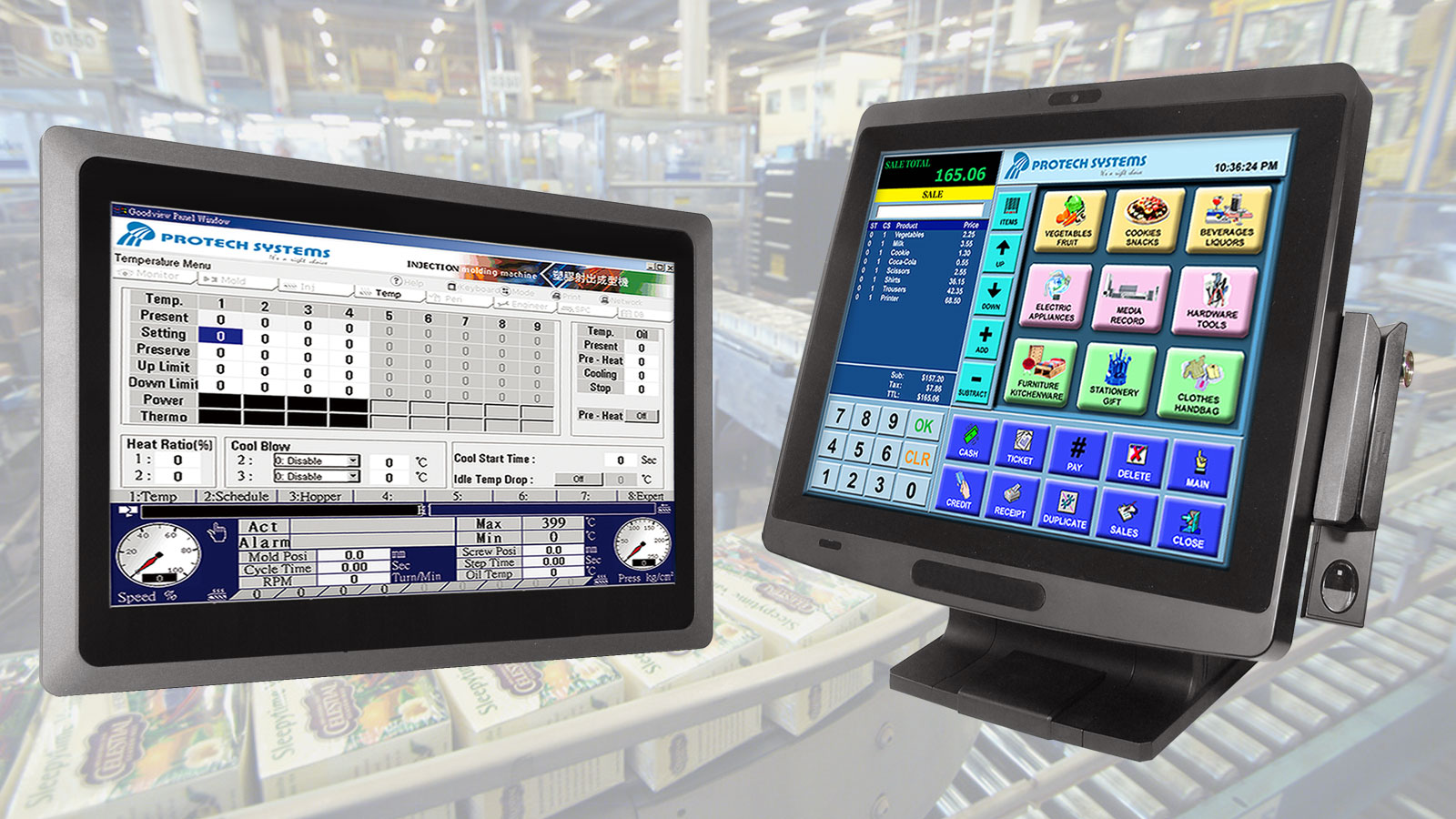 In the past, HMI systems for factory automation and control were usually plain boxes that never considered form as well as function. New HMI systems from Semicom bring style into play, with rounded pure-flat bezels and stainless steel chassis.

To browse our range of HMI systems, click here. 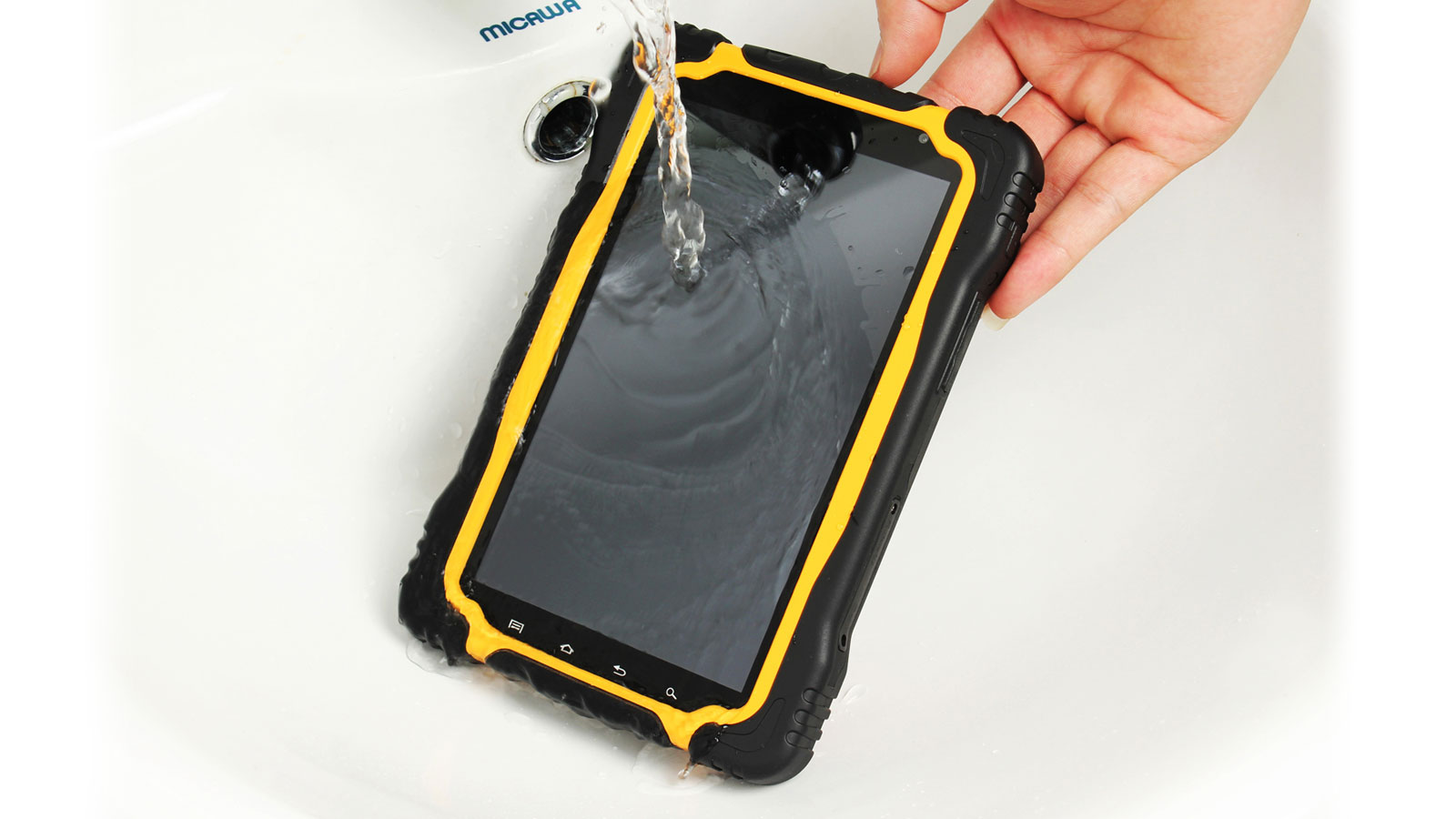 Requirements for data capture in ever more extreme environments are becoming more common. Semicom have increased their range of rugged tablets and PDAs to support these requirements.
The new units offer NFC, and some have advanced features like wireless charging and 2D QR code scanning.

Details of the range can be found here. 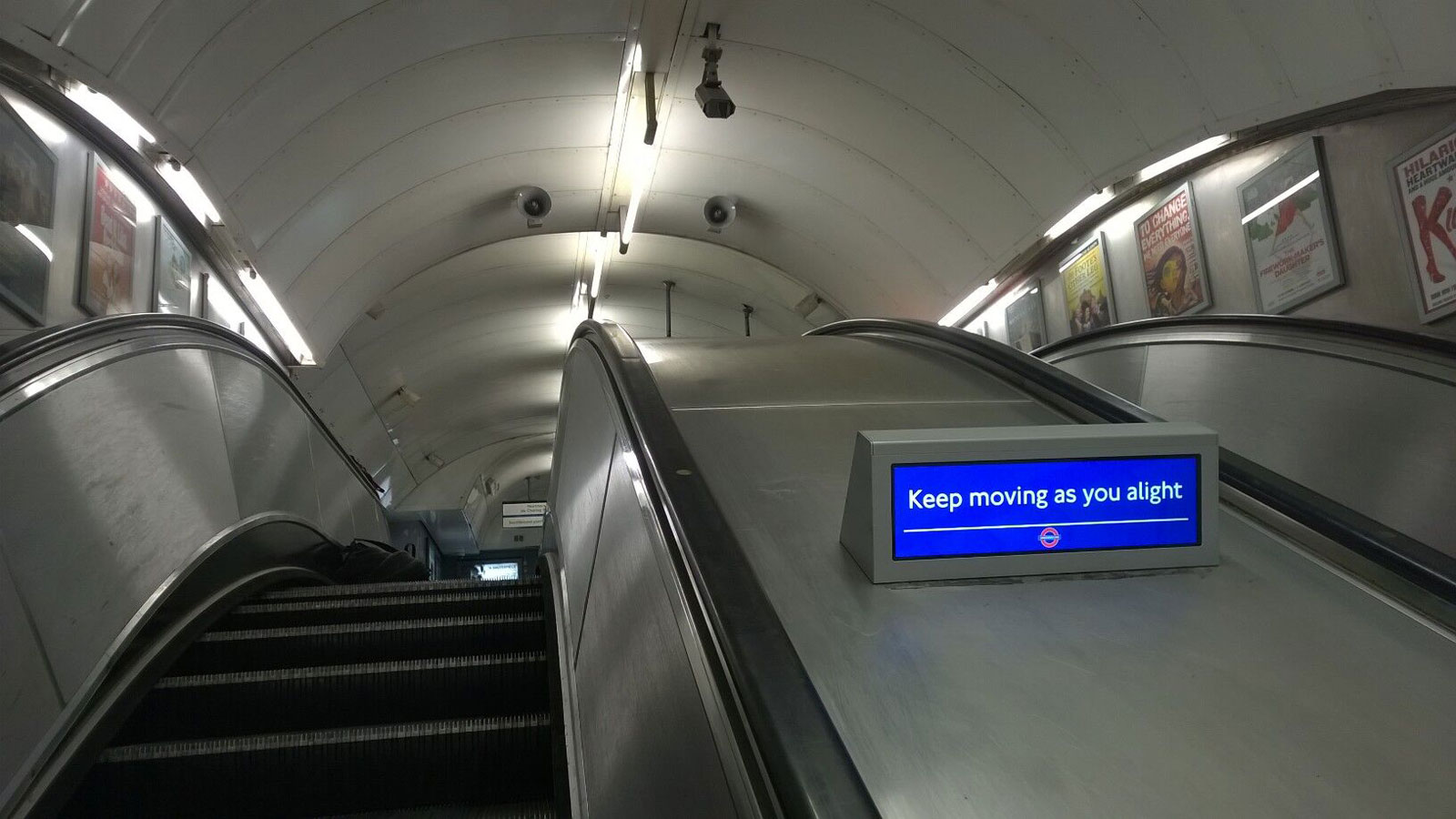 To assist in this trial, Semicom have supplied custom dual-sided Bar LCD screens to update the old safety messages. 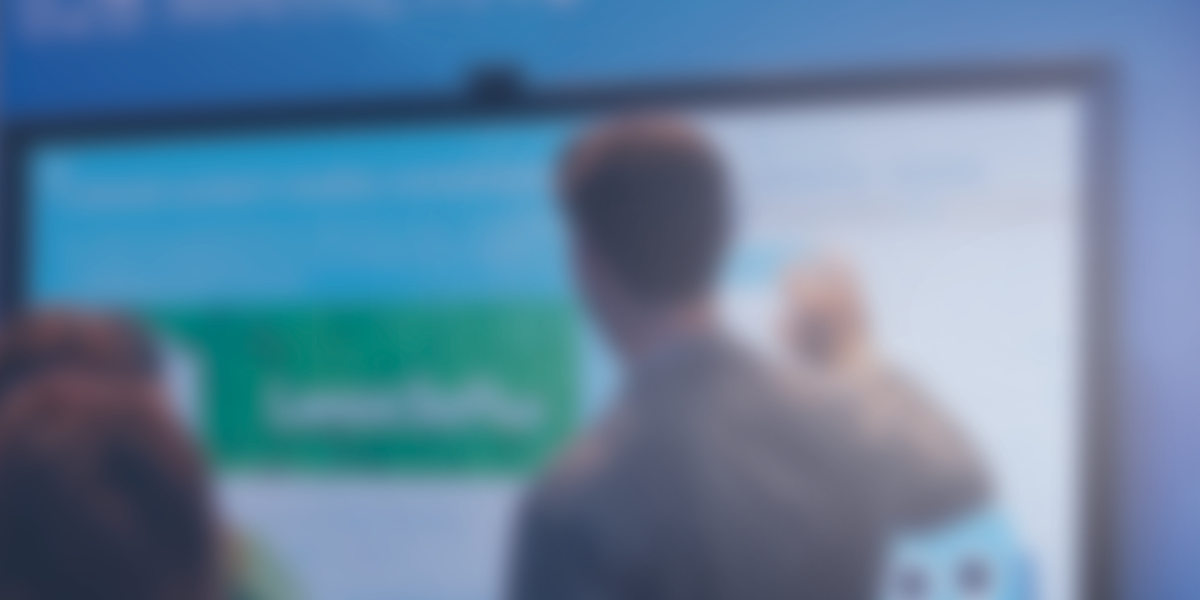 Semicom Visual are now able to offer transparent LCD panels for use in digital signage and information display.

These devices are perfect for large advert displays in shop windows, or as part of a vending machine or kiosk, where the internals of the machine need to be visible whilst still displaying images.

The panels are fitted with an HDMI input to allow HD video to be displayed at the panels native resolution of 1920 x 1080.

Optional touch screen gives the possibility of interactive media, and vandal proof glass safeguards the use in public facing environments. 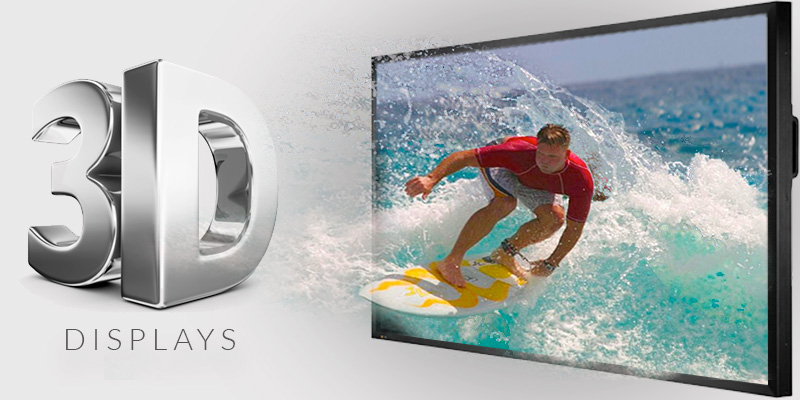 3D displays have become quite popular with home cinema types, but with the need for 3D glasses, their use in public environments is very difficult.

A new type of 3D display, called Autostereoscopic 3D has been developed to remove the need for glasses.

Semicom Visual have a range of Autostereoscopic 3D Displays for use in digital signage and information display.

Designed for shop advertising, or casino gaming kiosks, these displays add an extra pop to any marketing devices.

Although to get the best 3D effect, specially designed 8-view media is required, it is possible to use standard side-by-side or multi-stream 3D media with these devices.